Parking meters run out in Brattleboro

Select Board members approved the approximately $275,000 project Tuesday in a 3-0 vote. Board members Shanta Lee Gander and David Schoales were not present.

Funding from the town’s utility fund, which currently holds more than $4 million, will be loaned to the parking fund at an interest rate of 2.32 percent. Town staff say it can be repaid in fiscal years 2022 and 2023. 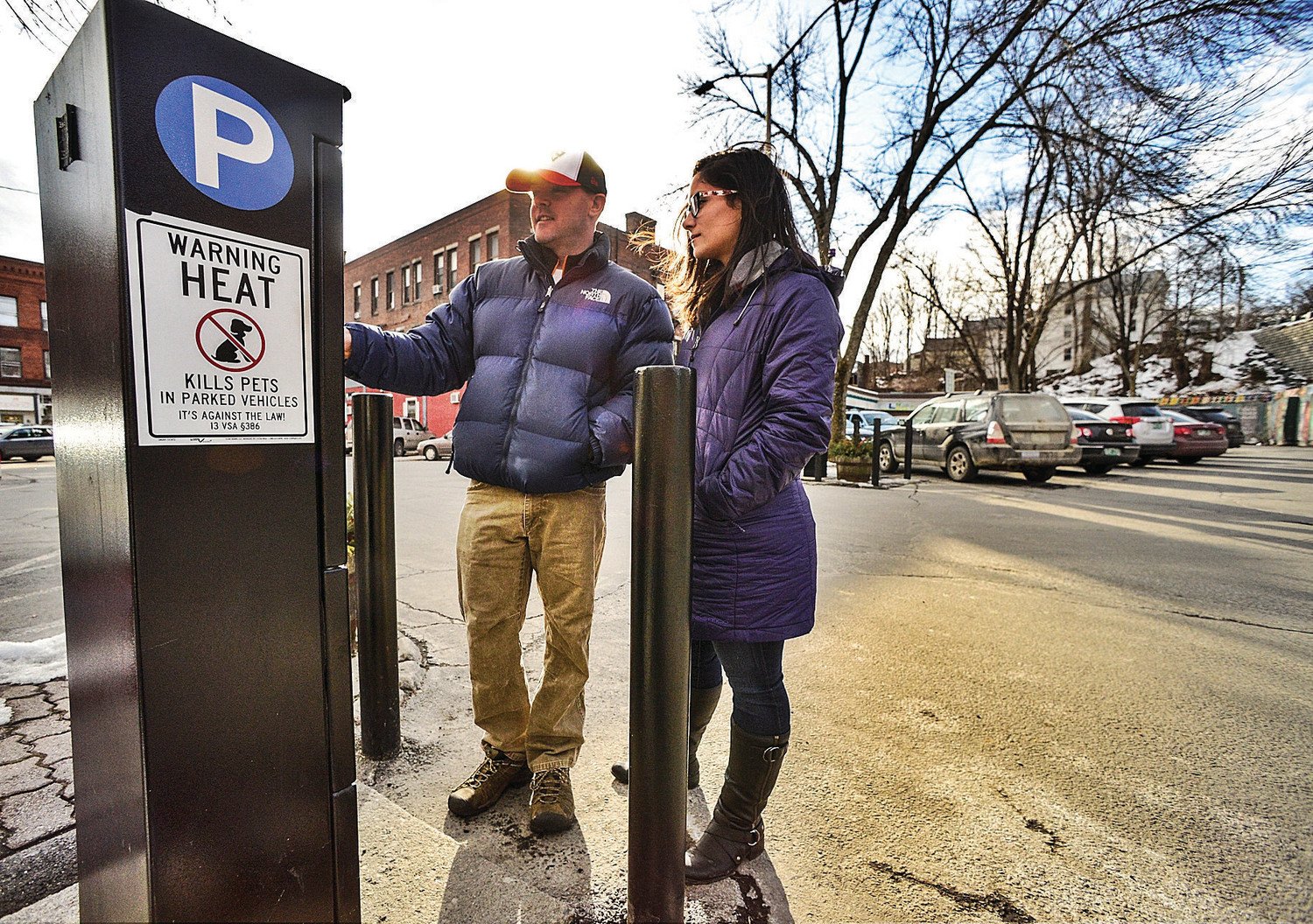 “We’ve recently borrowed money as you know for half of the cost for the fire aerial truck and our intent was to apply that rate to this loan, being part of the same approximate time period for actually a shorter period of time,” said Town Manager Peter Elwell.

The purchase does not have to go through a traditional bidding process, where companies submit estimates and the board decides the best choice, as the town can join a group of other governmental entities in the United States buying the meters. IPS Group, of San Diego, Calif., was awarded a nation-wide contract for single-space Smart Meters. Woodstock and Montpelier also purchased and installed the meters.

Brattleboro will replacing its 175 single-space meters with M5 Smart Meters at a cost of $83,000. The pay-and-display kiosks in downtown lots will be replaced with kiosks that accept debit/credit cards, coins and payments via phone.

Those who have smart cards used in the parking lots will be able to get refunds.

The board also approved an increase of 5 cents for parking at lots, and Main Street will go from 75 cents an hour to $1 per hour. Elwell said in an email that he will be able to provide a more precise timeline of the upcoming changes as town staff implements the board’s decisions.

The additional revenue is expected to help with the yearly maintenance and parking infrastructure issues in general. The price increases also are anticipated to free up more spaces on Main Street, which Moreland said might make it look more inviting.

Wessel said parking rates have not been raised in 15 years.

“You could even consider that not an increase,” he said of the new pricing. “It’s just a cost of maintaining.”

“Five cents? That’s a joke,” he said. “You have to generate revenue for the system to do the repairs that you want to do.”

Board members agreed that there should be an ordinance to evaluate rate increases every few years. They approved a motion to start putting that into place.

Robin Scudder, of Brattleboro, said she would pay $2 an hour to park on Main Street. Currently, that is not possible because she has a disability and no spaces on that road are wide enough to have them designated as handicap parking.

Scudder suggested finding “cooperative and creative ways” to provide such options. In Brattleboro, she said, there are 1,542 people with handicap placards or license plates. She is a member of the town’s Americans with Disabilities Act Advisory Committee.

At its next meeting, on Aug. 21, the Select Board will look at other parking-related issues including the possibility of sharing lots owned by private groups and safety improvements in the Transportation Center. The town is now gathering estimates from companies to repair a staircase that has been closed in the parking garage due to its poor condition.