Since paid parking hit the downtown Square, parking meters have brought in about 40 percent more revenue than during the first year the meters were put in around the Square.

Currently, the parking department has $1.6 million in cash on hand. 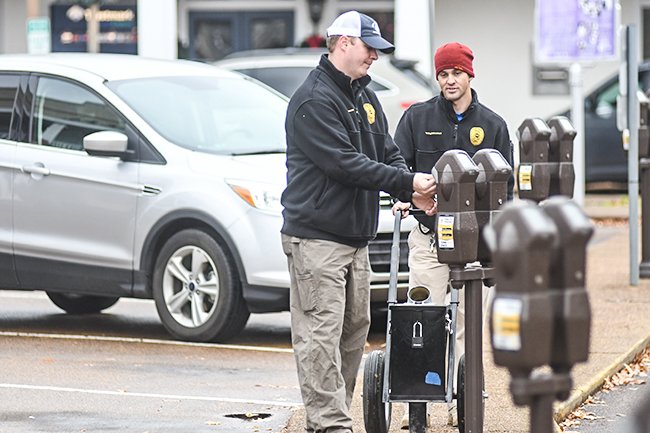 Money is collected from parking meters on the Square in Oxford, Miss. on Monday, December 12, 2016. Parking rates will change to $1.25 an hour and will be enforced from until midnight instead of the current 10 p.m.

Keeping careful data on revenue, expenses and occupancy rates have become a priority for the commission as Oxford evaluates the need for a downtown parking garage that is estimated to cost $11 million. The design of the parking structure was approved earlier and is planned to be constructed in the city-owned parking lot behind the Oxford Square North shopping center.

A presentation about the proposed parking garage is expected to be made at 5 p.m. Tuesday at City Hall during the Oxford Board of Aldermen meeting.