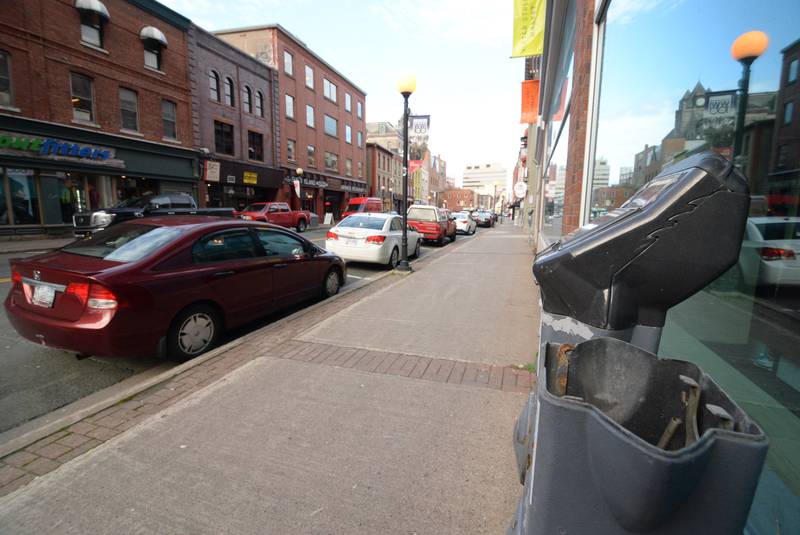 The City of St. John’s says people who park at damaged parking meters for more than two hours will soon be ticketed. – Joe Gibbons

I heard and read on several news outlets this morning about St. John’s city council’s decision to ticket people who park at broken meters. As someone who often frequents downtown, this news is very concerning to me, especially as we enter the Christmas shopping season.

Council is well aware of the parking issues downtown and I don’t believe that issuing tickets to those who park at broken meters is a way to fix these issues. I have visited downtown over several lunch hours recently and have not had any trouble finding a parking spot, whether it is at a functioning or non-functioning meter. I think the number of people who work eight-hour days downtown who are taking up the broken meters is being grossly over-exaggerated as a way to justify ticketing and, dare I say it, making up for the city’s lost income from broken meters.

My concerns are as follows:

1) Previously, even though a meter may have had a two-hour maximum time limit, I would re-feed the meter to allow myself up to four hours at a restaurant or shopping. The new ticketing procedure will limit my time downtown to two hours and will effectively cut in half the amount of time (and money) I spend at downtown businesses.

2) How do does the city plan to enforce the two-hour maximum? If I park my car at 1 p.m. but a traffic enforcement officer doesn’t see it until 1:30 p.m., will my two-hour maximum be from 1:30-3:30 pm? Or will an officer assume the car has been parked there longer? Will they write down every car and licence plate at every broken meter? How can this possibly be enforced correctly?

3) The lack of proper, correct, clear enforcement makes me fearful of parking at a broken meter. I worry that I’ll get a ludicrously expensive ticket regardless of if I’m within my 2-hour maximum.

4) As council has said, “almost all of the meters are broken” (The Telegram, Nov. 6.) So, if I’m now afraid to park at a broken meter out of fear of getting a ticket and if there is already a significant lack of parking in downtown St. John’s, where else am I supposed to park? Stavanger Drive?

Enforcing this ridiculous decision is going to push people away from downtown at a time when small businesses thrive — the Christmas shopping season. Surely there are other ways to deal with the broken meters. For example, can the city expedite the transition of more areas to Pay-By-Phone? Or, if this is seriously the only option that your department could come up with, can the fine be reduced for parking at a broken meter?

I don’t think it’s fair to treat a broken meter like an expired, functioning meter. I looked online but could not find the fine for an expired meter, with the exception of a CBC story from 2017 in which a woman contested her $25 expired meter ticket in court. Assuming the fine is still the same and at the current rate of $1.50/hour, a $25 ticket would cover 16.67 hours of parking! While this would function as a deterrent of overstaying at a functioning meter, I don’t think it’s fair for the city to punish the citizens who are supporting our downtown core for its inability to repair, replace, and/or maintain the city’s parking meters. Even if this fine could be capped to $12 ($1.50/hour for 8 hours, a full standard work day, if you are so concerned about people who work downtown taking up the spots), it would be a marginally better solution.

I eat and shop downtown to support small local businesses. I drive my car downtown with the intention of paying for my parking spot. (Honestly, I have no other choice but to drive because the public transportation options in my area of town are dismal.) If I happen to get a broken meter, that’s more money that I can spend at these local businesses.

“Shame on (us)”? No, shame on city council for deciding to ticket people who are supporting our downtown. I strongly hope that council reconsiders this decision.