Meters replaced in Bridgeport after backlash 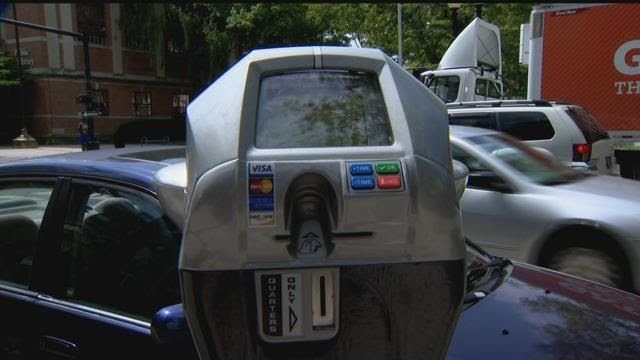 The change comes after the public claimed the old meters were too invasive with their cameras and tickets by mail.

Some residents say the old devices were too complicated and hurt the local economy by upsetting people coming to spend their money in Bridgeport.

Antoinette Manganello, of Bridgeport, says she didn’t like that the old meters had cameras.
“The meter takes a picture of your car, so if you’re just running in to get something then you’re going to end up with a ticket in the mail,” she says.

Mayor Joe Ganim says new meters are already in use in New Haven and Norwalk and are being well received by the public.

“We heard the public talk about what they would like to see, and we responded and we think we’ve got the best alternative with the challenges of trying to create the best parking opportunities with ease for people that want to live or work or just visit,” the mayor says.

Officials say the parking meters are made by the IPS Group of California, which will receive $500,000 for 630 new meters.